It’s official: D3 has never before had a larger number of staff!

We are pleased to announce that we are expanding our team to help keep up with the new research opportunities that have emerged in 2021! Please join us in welcoming our newest members: Brittany, Brina, Ricki, Libby, Jake, Shelbie, Jeffrey, and Kriscel. 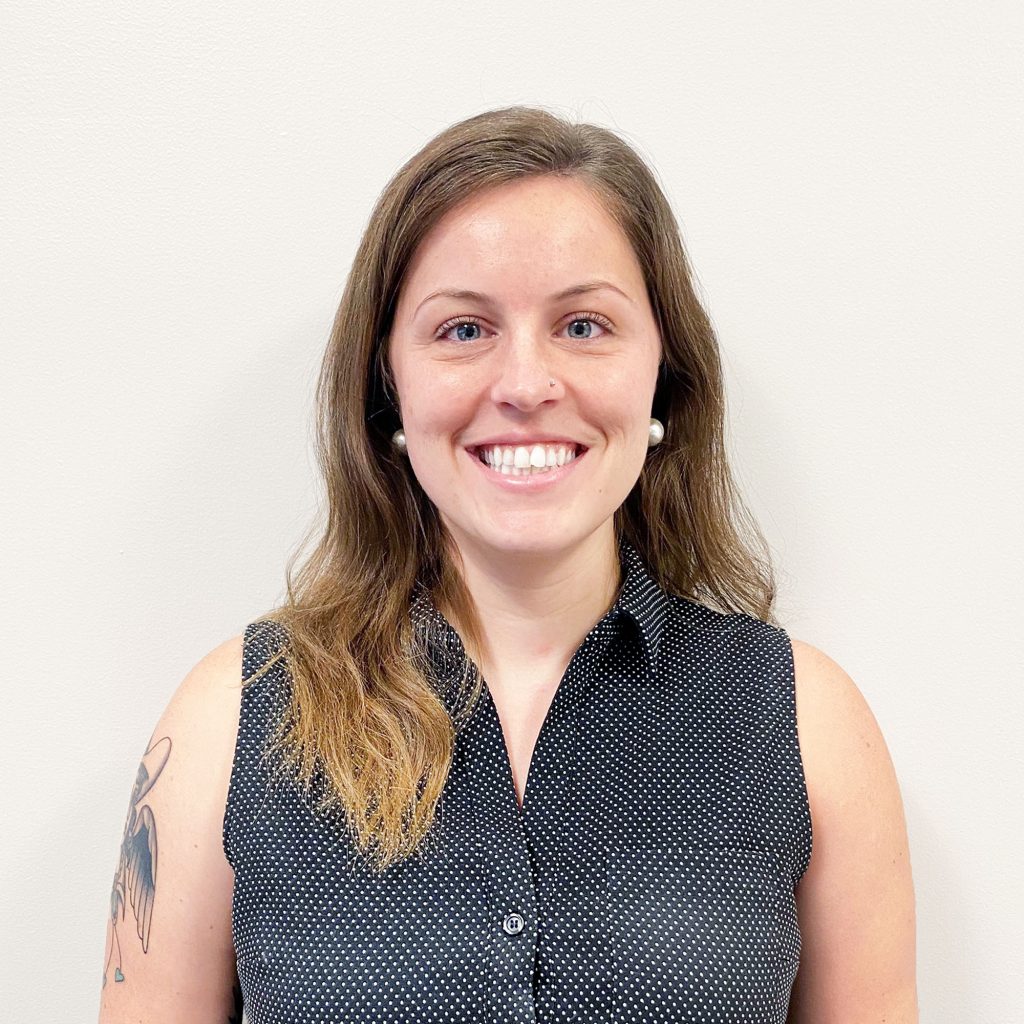 Brittany earned her BA in Religion with a certificate in Middle Eastern Studies from the University of Mary Washington in 2012, including a study abroad session in Jordan. She also earned an MA in Iranian Studies from SOAS, University of London in 2014. Brittany has studied both Arabic and Farsi and has traveled extensively overseas. Prior to joining D3, Brittany helped conduct public opinion polling through her work at the University of Maryland and is looking forward to combining her past experiences to her work at D3. 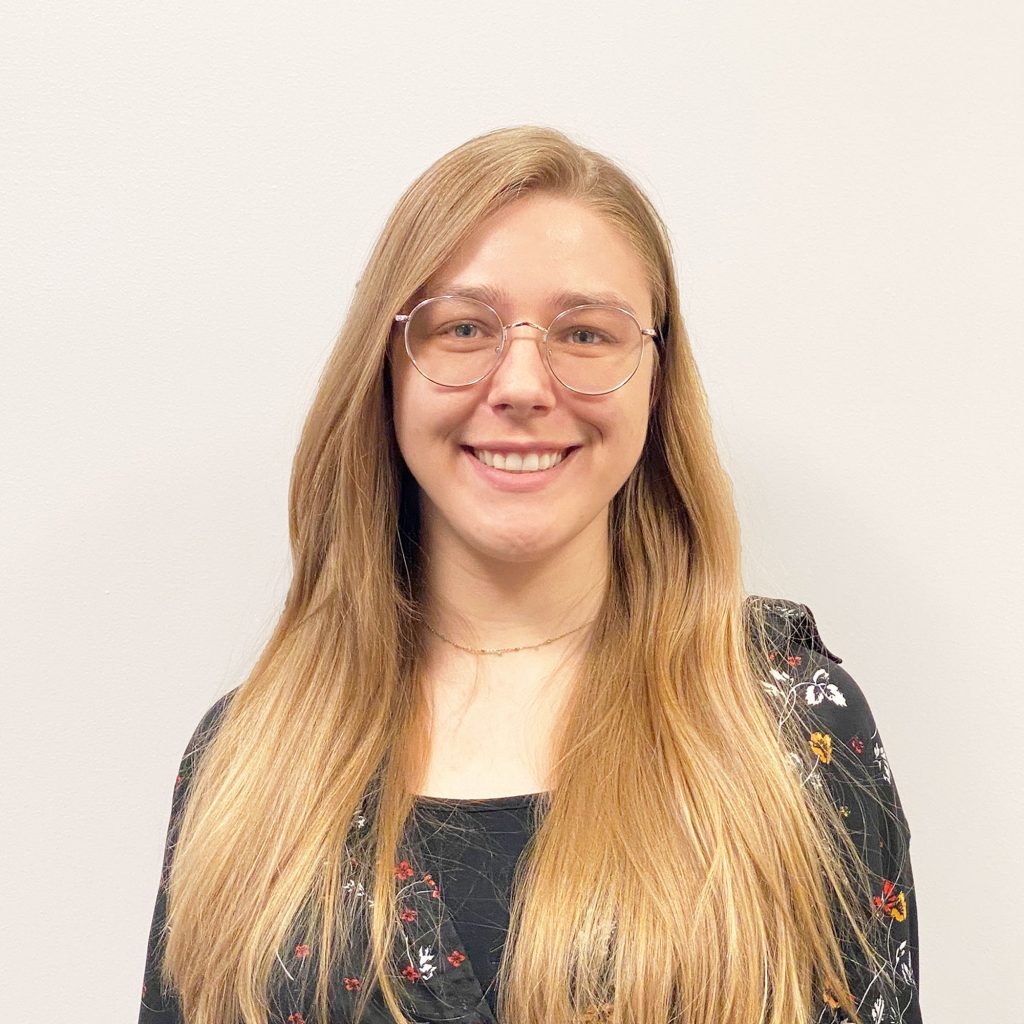 Brina comes to D3 after four years with Greenberg Quinlan Rosner in DC, where she conducted both qualitative and quantitative research around elections in Europe, the Middle East, and Africa. She has experience with every aspect of the project cycle, from design to fieldwork management to analysis. Brina holds a B.A. in International Studies and in Russian Language and Area Studies from American University and has German and Russian language skills. 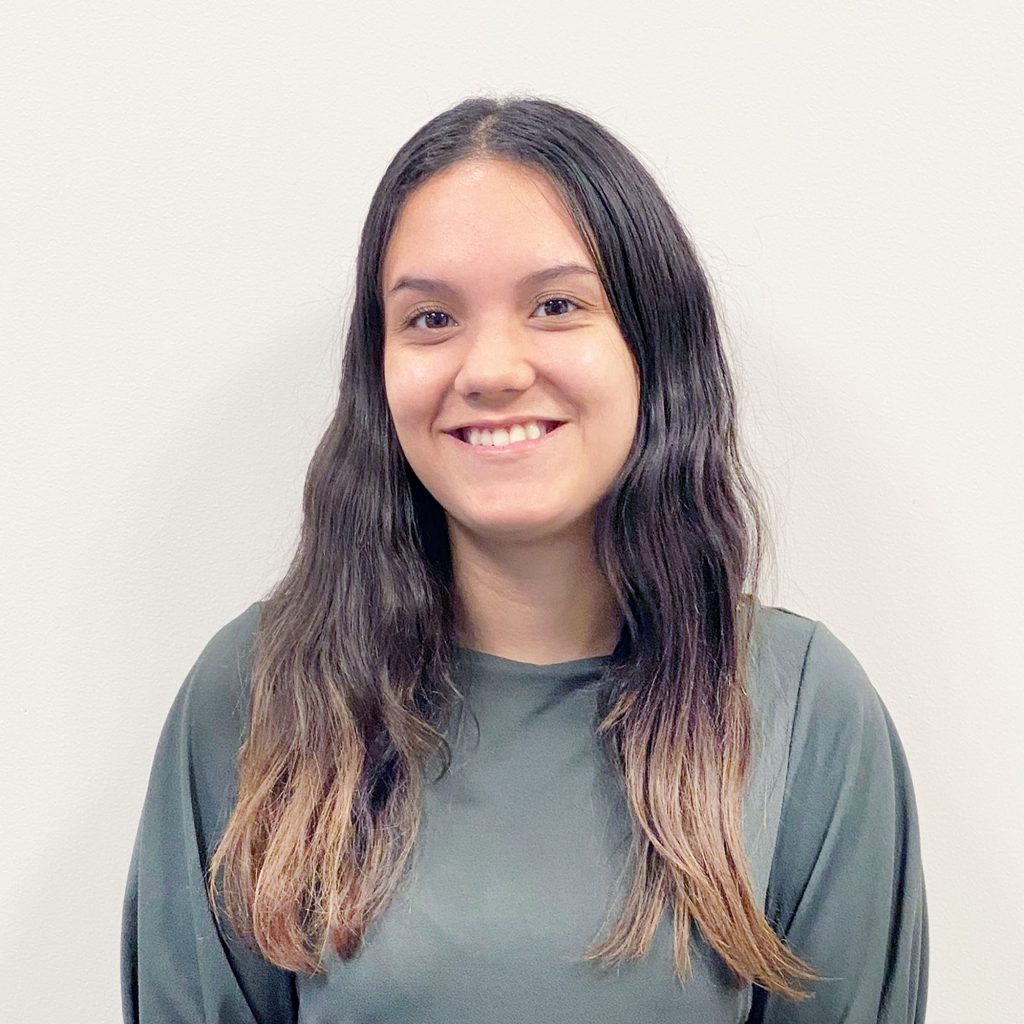 Ricki graduated from Virginia Commonwealth University in English with Creative Writing and Psychology minors. She has substantial experience working with qualitative and quantitative research projects, including working with the Pew Research Center as a content analyst for research topics such as news media and religion. 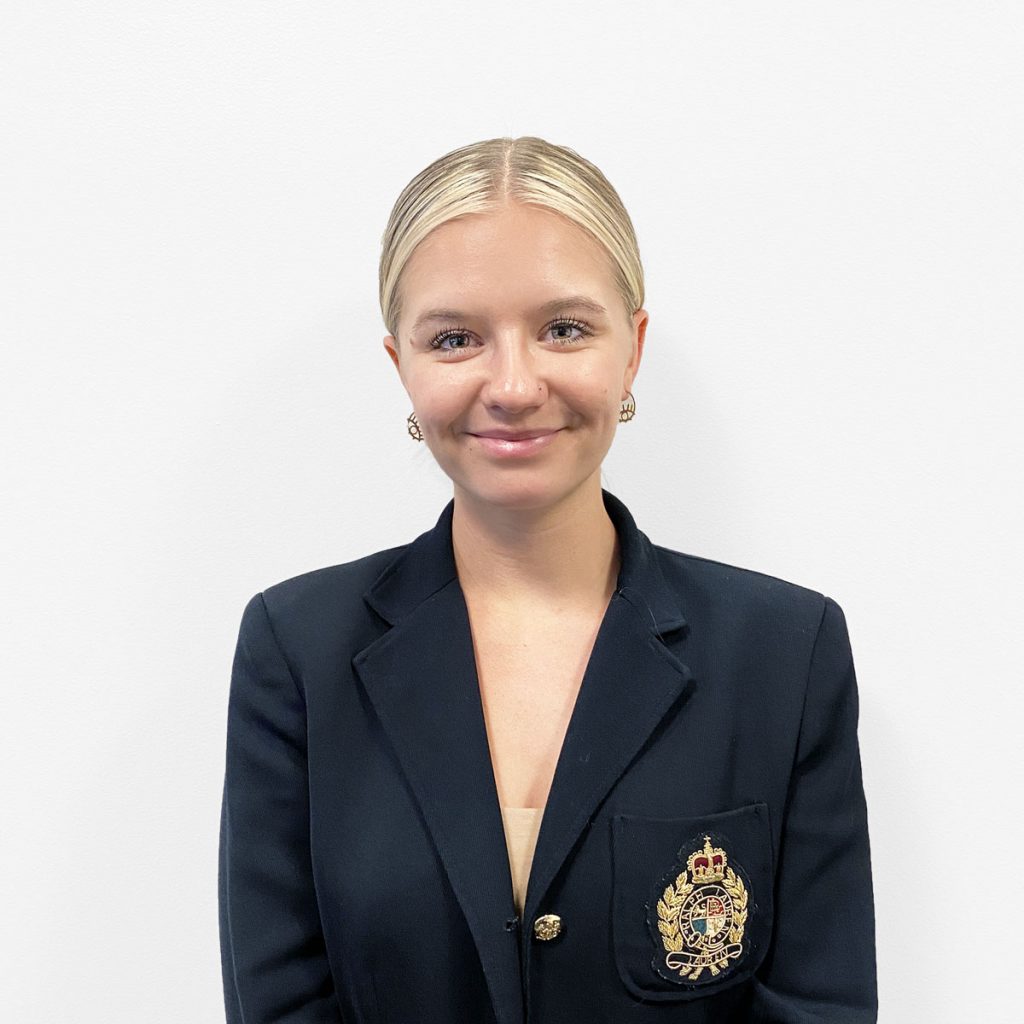 Libby graduated from American University with majors in International Relations (BA) and International Economics (BA). Libby’s concentrations are international development, environmental sustainability, and global health, with a regional focus in Sub-Saharan Africa. Before joining D3, Libby worked with the Department of State’s Bureau of African Affairs in the Economic and Regional Affairs Office, where she conducted research on COVID-19. 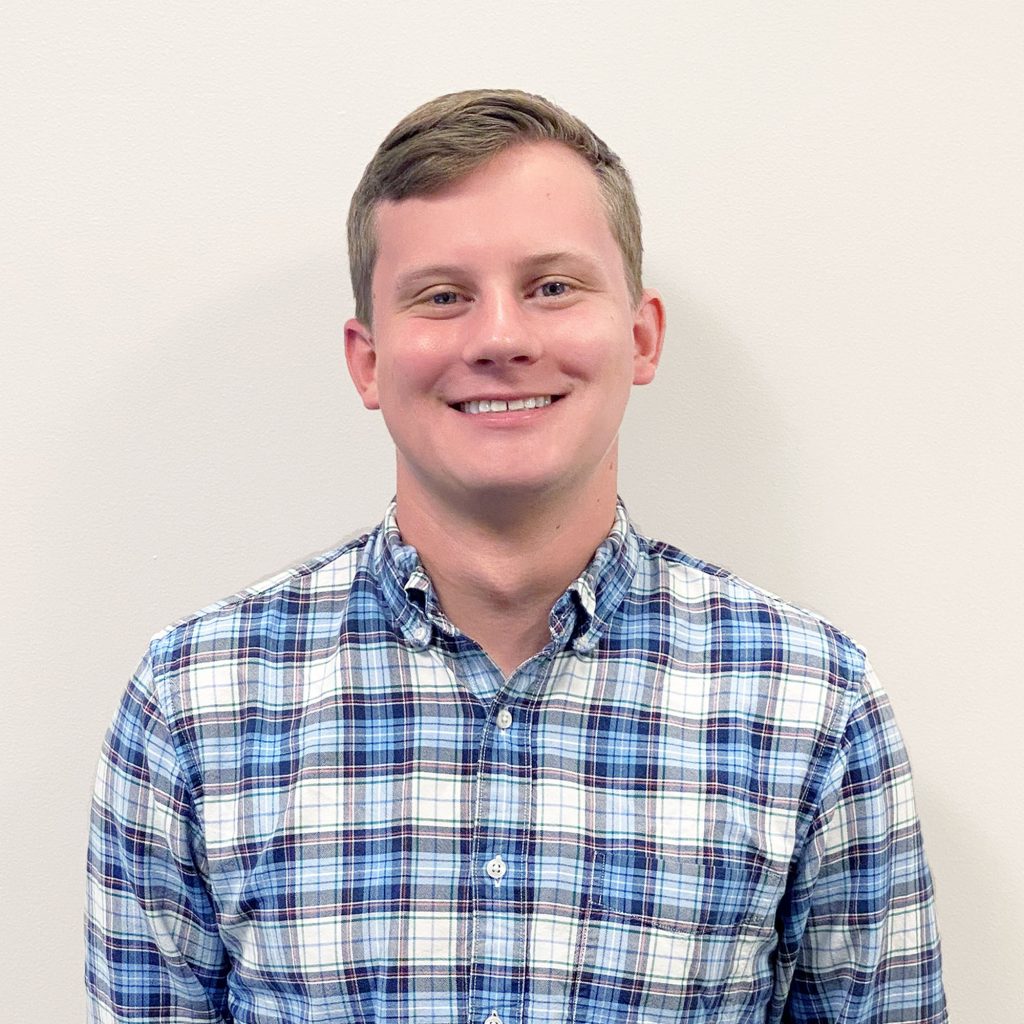 Jake graduated from Elon University in 2018 with a B.A. in Political Science and Policy Studies. While in school, Jake worked on the Elon University poll as an interviewer and supervisor. Following graduation, he worked for the National Democratic Institute, focusing on democratic development in Central and Eastern Europe. He recently received an MPA from American University’s School of Public Affairs in 2021. 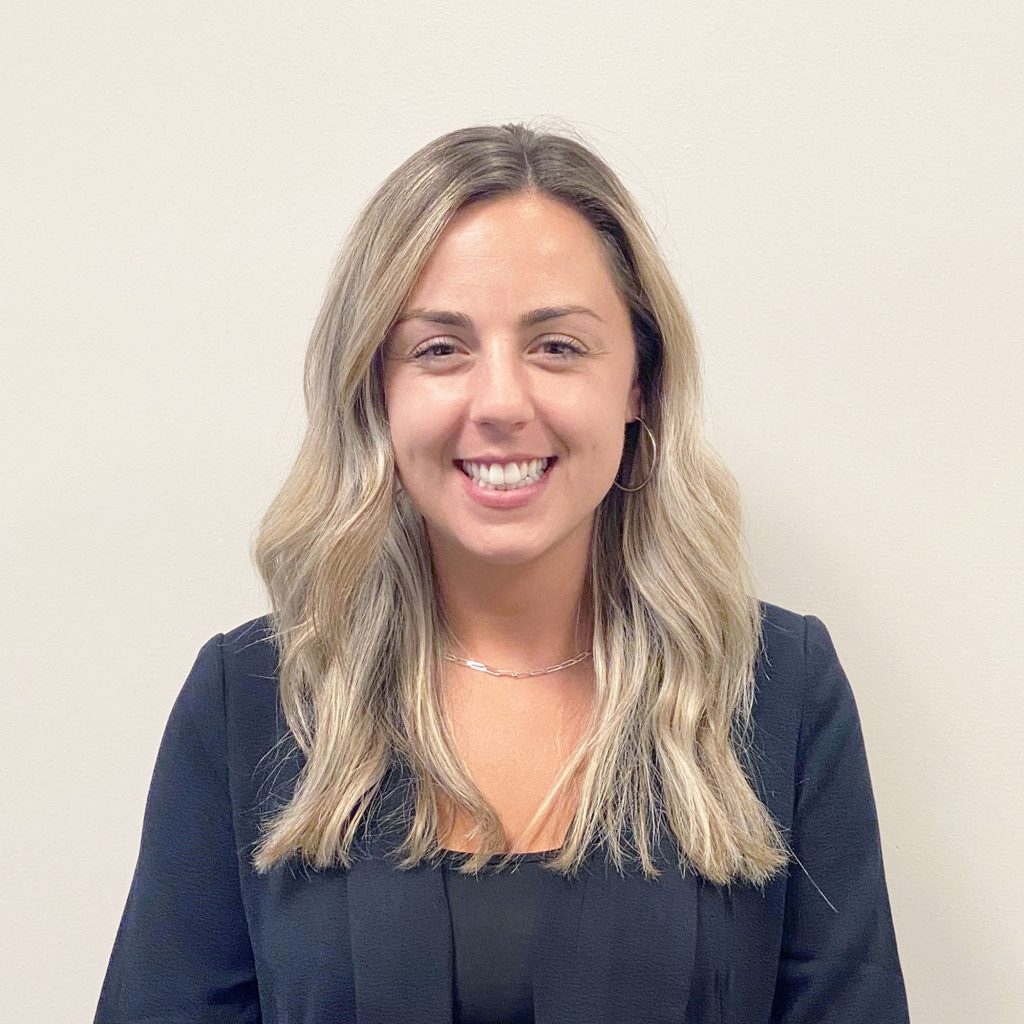 Shelbie earned her Bachelor of Arts in Political Science from the University of California, Davis, and a master’s degree from the Pennsylvania State University’s School of International Affairs. During her academic career, Shelbie studied at the London School of Economics and Political Science and tailored her graduate degree to focus on data analysis and international economics and development. Shelbie has personal experience traveling to five continents as well as academic experience studying Sub-Saharan Africa.

Jeff comes to D3 with several years of quantitative data analysis experience. He focuses on both traditional and computational statistical analysis methods including regression, ANOVA, designs of experiments, neural networks, and data mining. Before coming to D3, he previously held statistical internships at both a Fortune 500 company in New York as well as a start-up in Silicon Valley. Jeff earned a B.S. in Statistics and Machine Learning from Carnegie Mellon University and a Master of Applied Statistics from Pennsylvania State University. 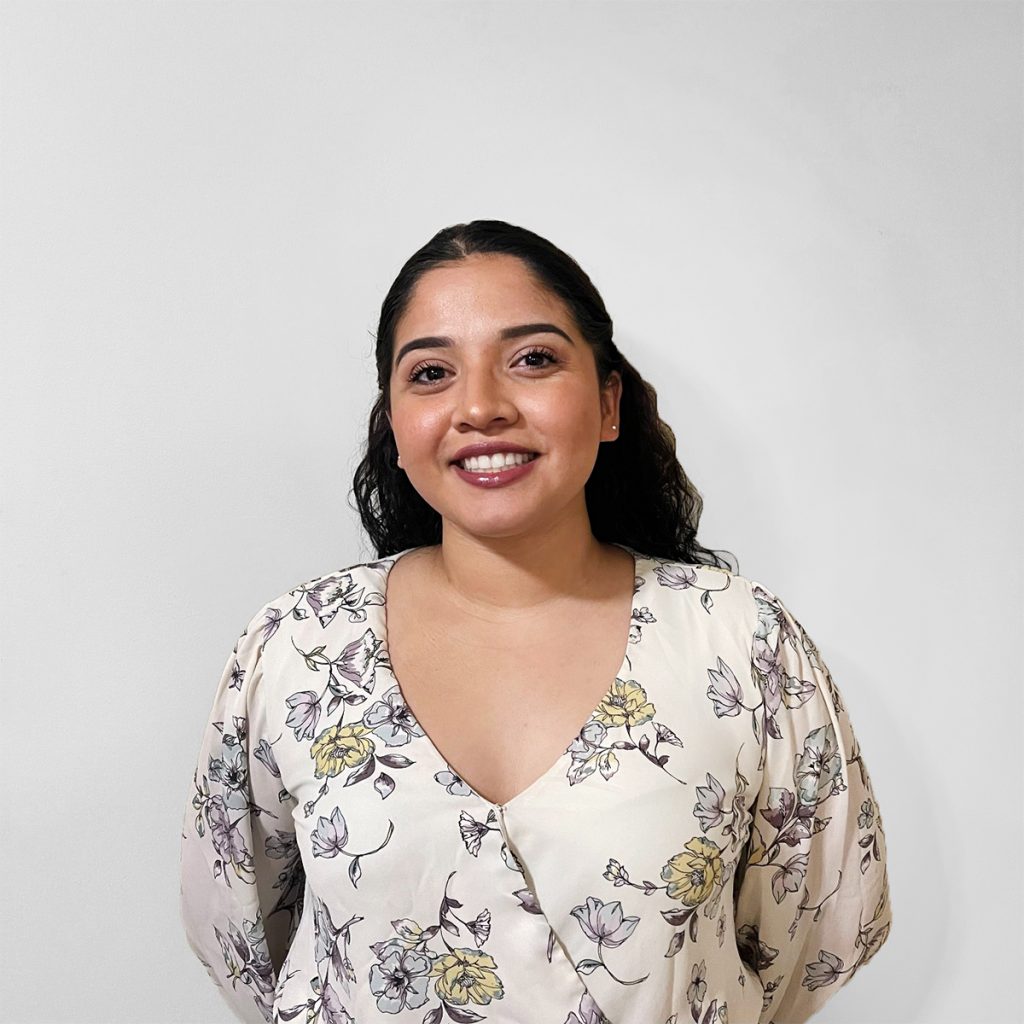 Kriscel graduated from James Madison University with her B.S in Statistics. Her primary role at D3 is to provide consulting to D3 staff, suppliers, and clients on survey sampling, methodology, and statistical analyses in support of research.

We are thrilled to add this exceptional talent to our team! 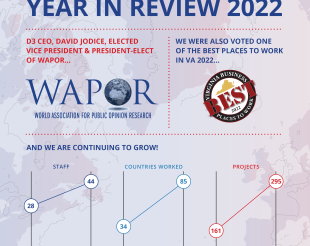 Happy belated New Years from all of us at D3: Designs, Data, Decisions! It is truly a pleasure to be able to gather together again to reflect on all that we accomplished last year with the help of our valued clients, field partners, and internal staff. We are ecstatic that 2022 marked another year of […]