VIENNA, Virginia – April 28, 2010 – The media culture in Iraq is evolving after 30 years of state control over the information available to the people of Iraq. Iraq continues to be one of the world’s most dangerous countries for journalists. Access to reliable research data is critical for Iraqi journalists to produce trustworthy news that allows the public to hold government and other actors accountable.

Trust in Iraqi media today has an opportunity to grow with the country’s rebirth. Washington, DC-based IREX (The International Research & Exchanges Board) presented the findings from a recent nationwide survey it commissioned from D3 Systems and KA Research Limited. The survey is focused on Iraqis’ usage of and trust in media. Press conferences held in Kurdistan and Baghdad last week reported a general distrust of TV; the highest rated TV network in Iraq was seen as “trusted” by only 33% of Iraqis. This distrust of media in Iraq extends to foreign language media as well with most (67%) Iraqis expressing distrust in non-Iraqi news sources.

Iraqis’ level of trust in the media is not reflective of their interest in news. Seventy-five percent of Iraqis believe it is important to stay informed about news and current events in Iraq. Iraqis are particularly interested in news about their province and the country as a whole, as Iraq continues to rebuild.

The press conferences were attended by more than 40 representatives from local and national media outlets from all over Iraq. Media outlets were shown their ratings along with the perception of trust of those outlets by the Iraqi citizens.

Data for the Iraq Media Study was collected from November 17-26, 2009. The media survey was conducted by D3 Systems in partnership with KA Research Limited and KA Iraq. KA Iraq is the field company in Iraq and subsidiary of KA Research Limited. The survey covers all 18 governorates of Iraq. Interviewing was conducted face-to-face in either Kurdish or Arabic by native Iraqis. The margin of error is ± 2% at the 95% confidence level. Survey response rate was 69%. The survey was successful in capturing the regional and national perspective on media usage, habits, and attitudes through a comprehensive 130 question survey.

IREX supports Iraqi media outlets, journalists, media managers, and free-press advocates in their efforts to build a sustainable and professional media system. For more information on IREX or its programs in Iraq: http://www.irex.org

For more information about D3 Systems or KA Research Limited: 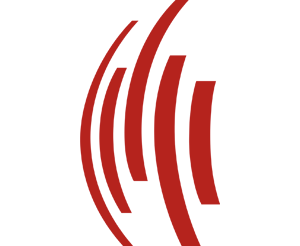 D3 looks forward to attending the American Evaluation Association’s annual conference from November 9th to 14th, 2015 in Chicago, Illinois. The theme for this year’s conference, “Exemplary Evaluations in a Multicultural World,” intends to spark conversations around designing and implementing rigorous evaluations that take into account diverse cultural contexts. Stacey Frank and Kyle Block of […]