VIENNA, Virginia, February 2, 2010 – In “The Dissatisfied Few: Female Emirati Business Owners In the United Arab Emirates,” D3 Systems finds that the majority of Emirati women indicate a general satisfaction with their lives in the United Arab Emirates (UAE). However, a small segment of Emirati women believe their rights under the Convention on the Elimination of All Forms of Discrimination Against Women (CEDAW) are not well protected under shari’a law. The common characteristic of this group is that 74% of them are business owners.

The Government of the UAE continues to reach out to Emirati women and advance their exercise of CEDAW rights. The female Emirati business-owning population has some of the lowest television viewership and highest print news usage figures in the country. Findings suggest those who own their own business are less likely than those who are employed, unemployed, or homemakers to rely on television. In fact, 63% of business owners rely on newspaper, magazines or ‘other’ forms of sources for news. This suggests that continued government outreach to this population should encompass multiple and targeted forms of media.

Conducted in over 20 Muslim nations, the Women In Muslim Countries (WIMC) study is designed to measure women’s empowerment in actual daily practice, providing a deep look into the oft-perceived gap between current public policy and empowerment initiatives and actual practice on the personal and local level. The answers are intended to yield a metric for promoting excellence in public policy by informing policymakers on women’s attitudes about the effects of policy initiatives, as well as a measure of the degree of effectiveness of those policies. WIMC is sponsored by D3 Systems.

This survey of households in the UAE consists of 428 Emirati national women. The respondents were interviewed by telephone from January 16th to February 19th, 2009. With a 95% confidence interval, results from this survey can be expected to have a margin of error of /- 5 percentage points. The sample is taken from seven cities in the UAE: Abu Dhabi/Dubai, Al Quwain, Fujairah, Jebel Ali, Ras-al-Khaimah, Sharjah, and Umm Al Quwain. The majority (66%) of respondents in this survey come from the Abu Dhabi/Dubai areas. 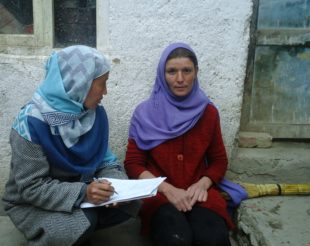 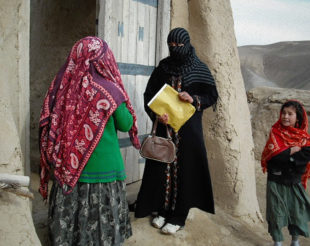